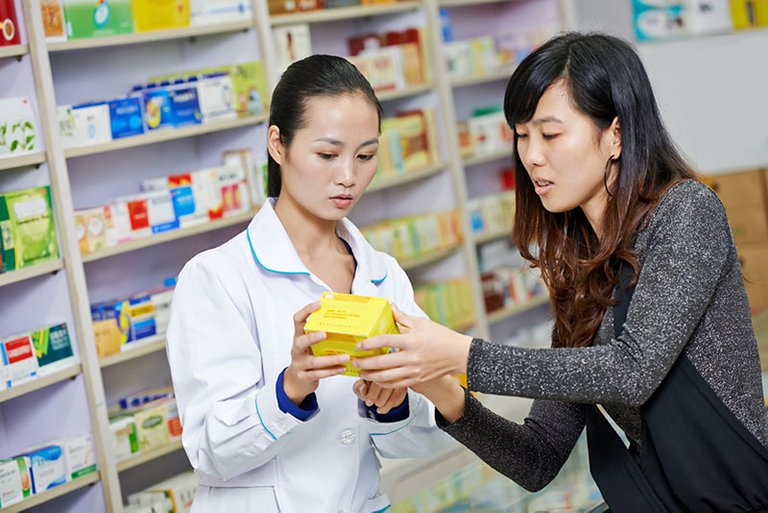 China’s health food market first emerged in the 1980s. According to the National Food Safety Standard – Health Foods, health food refers to food products that claim to have specific health functions or supplement vitamins or minerals intake. Health food is suitable for consumption by specific groups of people and regulates human body functions, but is not used for the purpose of treating diseases. Furthermore, such food should not pose any acute, sub-acute or chronic hazard.

As of June 2019, the National Medical Products Administration (NMPA) under the State Administration for Market Regulation (SAMR) had approved 17,512 health food products, of which 16,732 were domestically made and 780 were imported. The main functional categories of health food products are immunity enhancers, vitamins, fatigue alleviators, sleep inducers and blood lipids reducers.

Analysts have noted that more than 70% of those aged 65 or above in China consume health food, showing that there is enormous potential in the health food market among the elderly. As living standards continue to rise, seniors are paying more attention to staying healthy, and health food is a popular choice for them.

As Chinese society begins to age, health food products for the elderly will become a leader in the market. According to the Statistical Communiqué on the 2018 National Economic and Social Development issued by the National Bureau of Statistics, at the end of 2018, the number of people in China aged 60 or above stood at 249 million, 17.9% of the total population. The World Health Organisation projects that by 2050, those aged over 60 will make up 30% of the Chinese population. In addition, the average life expectancy in China is now 76.4 years, and is expected to rise to 81.9 years by 2040. The demand for health food products in China is set to increase.

The nationwide implementation of the two-child policy is expected to create more demand in the maternal and baby health food market. Pregnant women and newborns often need various nutrient supplements. Statistics show that 94.7% of pregnant women consume health food products during pregnancy. Among these, milk powder, folic acid and multivitamin tablets are the most popular.

In terms of geographic distribution, health food manufacturing enterprises are concentrated in the six coastal provinces/cities of Beijing, Guangdong, Shandong, Shanghai, Jiangsu and Zhejiang, which together account for about half of the total number of such enterprises in China. In the western region, including Xinjiang, Ningxia, Tibet and Qinghai, which are rich in traditional Chinese medicinal herbs, there are very few health food production enterprises.

The rapid entry into the market of foreign health food products is bound to change the market landscape. Multinational health food enterprises generally have greater advantages in terms of financial clout, R&D capability, production and marketing. Nevertheless, there are also factors which hamper the development of health food imports. For instance, the traditional Chinese culture of medicinal food and therapeutic cuisine has a strong influence on mainland consumers.

China has adopted an examination and approval system for its health food market. The Food Safety Law revised on 29 December 2018 contains 13 provisions related to health food, covering various stipulations on market access permission, production administration, market supervision and advertising administration, with penalties if these regulations are violated. The new law also provides for the concurrent implementation of a health food record-filing system and a registration system. Regulatory authorities must maintain records on the production and sales of registered products for comprehensive supervision.

There are reportedly 12,807 types of Chinese herbal medicine resources in China. With four billion people worldwide currently using products related to Chinese herbal medicine, the international influence of Chinese medicine is increasing. A number of international health food companies have successively co-operated with Chinese agencies to build global platforms for Chinese herbal health food and cosmetics research. One example of this is the Amway Botanical Research Center in Wuxi, established by Amway with an investment of US$25 million, which has been operational since late 2015.

The Regulations for the Administration of Direct Selling and Regulations on the Prohibition of Pyramid Selling were implemented in 2005, and direct selling of health food was granted legal status in China. As a sales channel for health food, direct selling has become very popular because it reduces the number of intermediate links in circulation and cuts operating costs.

Conference marketing, also known as database marketing or club marketing, is a marketing model whereby businesses collect consumer data through various channels and build databases after analysing and aggregating the information. Targeted marketing is then carried out on specific customer groups during conferences by bundling various promotional tactics.

Traditional marketing still plays a prominent role in the health food market. In traditional marketing, sales channels and sales strategies are determined in accordance with product features. The sales channels for general nutritious or gift-type products are mainly shopping malls and hypermarkets, while the main seasons for promotion and sales are the Chinese New Year and festival holidays. For products with therapeutic functions, drugstores are the leading sales channel. Advertising has a relatively professional look, with promotion and sales carried out during seasons appropriate to the products.

Online has become an important channel for the sales of health food. The online sales of health food have grown phenomenally in recent years, with sales volume topping RMB82.1 billion. Online sales’ share of the market has increased from 13.6% in 2013 to 31.9% in 2018, becoming the second most important sales channel after direct sales. Selling online eliminates the cost of setting up counters in department stores or supermarkets, so products can be priced lower than they are in physical outlets.

Academic marketing for health products is targeted at specific consumers through educational and interactive activities. The efficacy of patent drugs is promoted mainly through academic marketing. An effective tool in stimulating market demand, academic marketing usually comes in the form of exchange activities, such as academic forums for medical practitioners and clients, and health seminars for local communities. Science publications often serve as giveaways to enhance promotional effects.

Selected trade fairs for the health industry lined up for 2019 and 2020 include:

To address the confusion caused by irregularities in advertising in the health food industry, the Provisional Rules on the Examination of Health Food Advertisements issued in 2005 stipulates that the contents of a health food advertisement must be consistent with the contents of the user manual and label approved by the food and drug administration department. Advertisers must first apply to the provincial level food and drug administration department before releasing any health food advertisements. Furthermore, the efficacy of health food must not be compared with that of other healthcare equipment or drugs.

Enterprises wishing to produce health food must apply to the provincial level administrative department of health and can only engage in production after obtaining a food hygiene licence. To import health food products, an imported health food approval certificate from the food administration department must be obtained. This document is a certification granting approval for the product to be imported and sold on the market within Chinese territory.

The Regulations on the Administration of Consigned Production of Health Foods were implemented on 1 January 2014 to address irregularities in sales and promotional activities of enterprises engaging in the consigned production of health food. Under the new rules, domestic enterprises are not allowed to produce, deal in or import health food produced on a consigned basis. In addition, food products without a health food approval document number may not make health claims in their labels or instruction manuals. Further details in Chinese can be found on the website of the State Administration for Market Regulation.

In the Opinions on the Further Strengthening of the Supervision of Health Foods (For Public Comment) issued in 2017, it was proposed that health functions should not be used in naming health food products and that the warning “This product is not a substitute for medicines” should be shown in health food advertisements. It was also suggested that daily supervision and inspection of health food should be strengthened, while severe measures should be taken against activities like illegal production, illegal running of businesses, illegal adding of ingredients and deceptive advertising.

The National Food Safety Standard – Health Foods (GB 16740-2014) was implemented on 24 May 2015, replacing the General Standard for Health (Functional) Foods (GB 16740-1997). In the new standard, stipulations on the scope, product classification, label identification and technical requirements have been revised.

On 7 July 2017, the State Council’s Food Safety Commission and other central government departments jointly issued the Plan to Address Food and Health Food Fraud and False Advertising (the Plan) to strengthen regulatory compliance in the importation of health food. The Plan addresses problems including the production, sales and import of food and health food without permission.